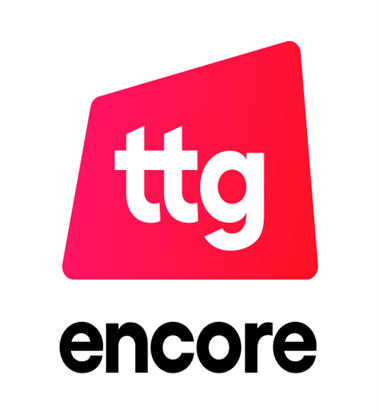 Only Fools and Horse the Musical 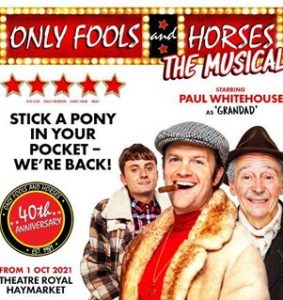 Mais ouis, mais ouis, the world may have changed a lot since we first bid a jovial ‘au revoir’ to the Trotters of Peckham, but good ‘ol Del Boy, Rodney and the rest of the gang haven’t changed a bit… well, apart from the odd spontaneous bursting into song here, and the occasional dancing across the market, there.

The landmark, record-breaking and top-rated television series Only Fools and Horses, written by the late, great John Sullivan, undoubtedly holds a special place in the hearts of the British public.  Now John’s son Jim Sullivan has teamed up with comedy giant Paul Whitehouse to write and produce a script and score to honour his father’s legacy; recreating the iconic series into a critically acclaimed, brand-new, home-grown British Musical spectacular.  Lovely Jubbly!

Get Up, Stand Up! The Bob Marley Musical 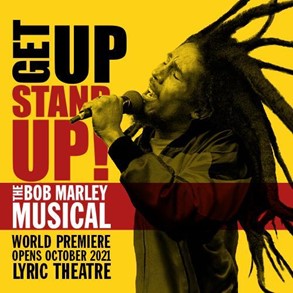 ‘It’s not all that glitters is gold, half the story has never been told’ – Bob Marley

Lively up yourself and celebrate the story of Jamaica’s global superstar, as the electrifying new production, Get Up, Stand Up! The Bob Marley Musical, bursts into life from October 2021 at the Lyric Theatre, London.

From the hills of rural Jamaica, armed only with his overwhelming talent and righteous beliefs, Bob Marley applied himself with resolute determination to achieve international acclaim for his prophetic musical message – a gospel of love and unity.

With unlimited access to Marley’s platinum-selling catalogue of music, the multi awardwinning team of Lee Hall (writer), Clint Dyer (director) and Arinzé Kene (playing Bob Marley) capture the rebellious spirit and story of this universal icon. A euphoric company of performers fuse with the finest reggae musicians to bring this triumphant tale of passion, political unrest and progress from Trenchtown to the West End. 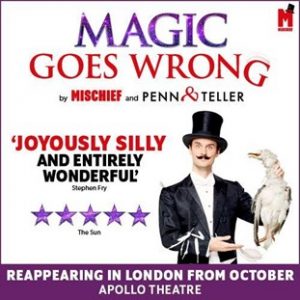 In the next ‘Goes Wrong’ comedy to hit the West End, the original Mischief company play a hapless gang of magicians presenting a charity event.

As the accidents spiral out of control, so does their fundraising target!

*Penn & Teller are co-creators of the show and won’t be appearing on stage.

The Ocean at the End of the Lane 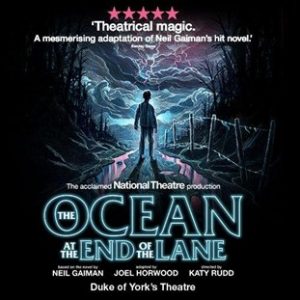 Following a sold out run at the National Theatre, the acclaimed production of The Ocean at the End of the Lane transfers to the West End October 2021.

Returning to his childhood home, a man finds himself standing beside the pond of the old Sussex farmhouse where he used to play. He’s transported to his 12th birthday when his friend Lettie claimed it wasn’t a pond, but an ocean…Plunged into a magical world, their survival depends on their ability to reckon with ancient forces that threaten to destroy everything around them.

Adapted from the best-selling Neil Gaiman novel by Joel Horwood and directed by Katy Rudd, this spectacular and thrilling adventure is a tour de force of imagination and storytelling.