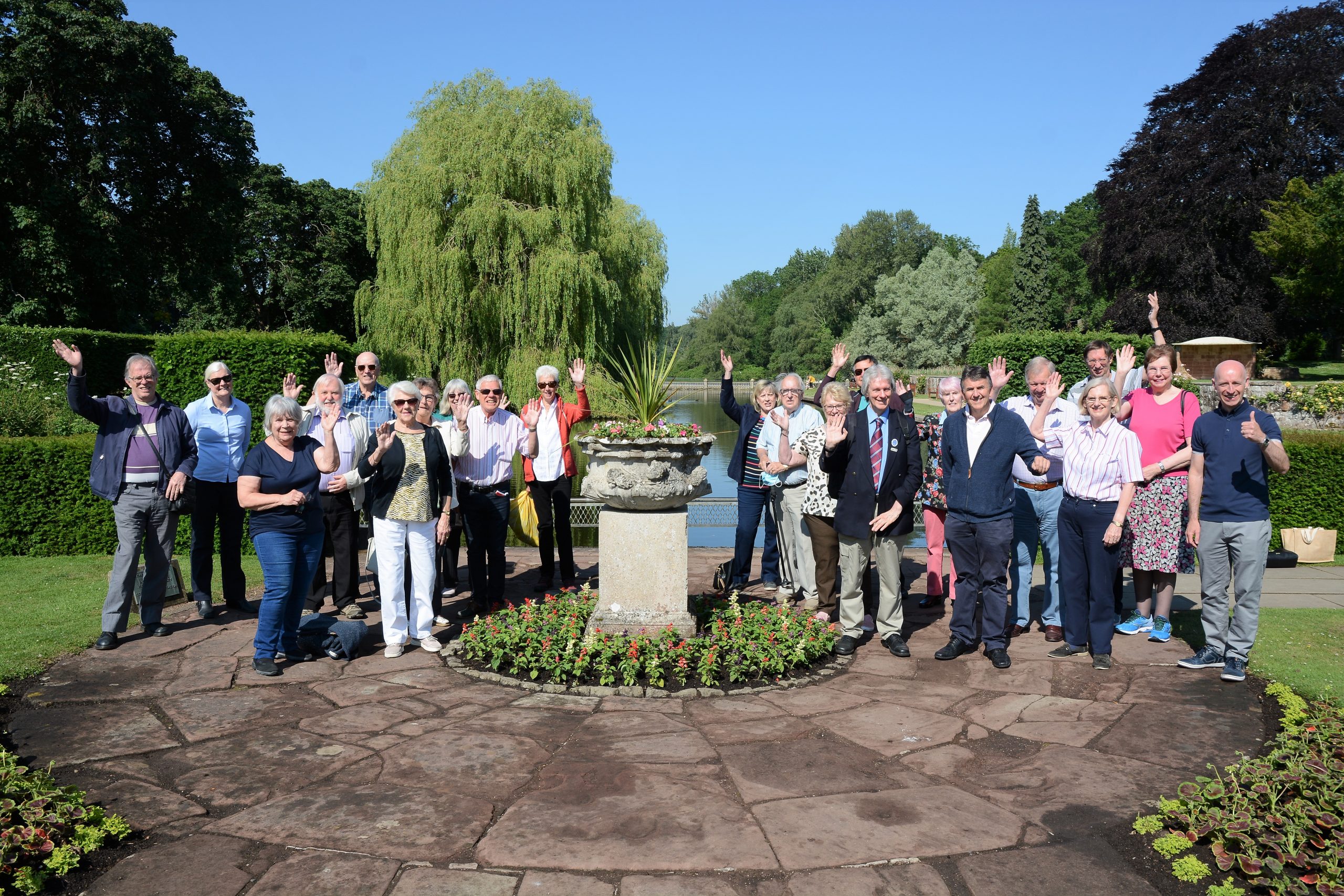 A familiarisation trip to Coventry UK City of Culture 2021 has been hailed a great success by organisers and GTOs.

The three-day trip, organised by AGTO Associate member Harry Shaw Group Travel from 21 to 23 June, and staying at Coombe Abbey Hotel, gave AGTO GTOs the opportunity to discover how the city has prepared for its year in the UK City of Culture spotlight.

A full itinerary saw GTOs visit The Charterhouse, a 14th-century former Carthusian monastery that’s due to open at the end of the year after a major renovation. Groups will be able to see the buildings fascinating timeline that has seen it used as a private home, a nursery, and latterly by the city council as a meetings venue. 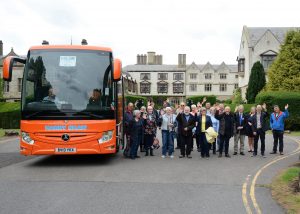 The highlight of a visit looks set to be three original 14th-century wall paintings, one of which depicts the crucifixion.

Another of Coventry’s hidden gems is St Mary’s Guildhall, located next door to Coventry Cathedral. Built in 1342 the building boasts a truly impressive Guild Hall. But in the cellar, covered up for many years whilst in use by the council, are the original medieval kitchens. Currently undergoing renovation and restoration, the kitchens and the Guild Hall look set to be as popular as the cathedral when St Mary’s opens in the new year.

Under the watchful eye and enjoying the sharp wit of Blue Badge tour guide, and AGTO Associate member, Roger Bailey, the group also had the opportunity to visit the imposing Coventry Cathedral, arguably the best known of all Coventry’s attractions. Across the road is the Herbert Art Gallery and Museum. A timeline of Coventry’s fascinating history, an exhibition telling the story of author George Eliot (Middlemarch), and a look at the legend of Lady Godiva, give a real insight into the city’s history.

Coventry Transport Museum is probably the second most visited of all of Coventry’s city-centre-based visitor attractions. The first modern bicycle was made in Coventry, with the city becoming the manufacturing hub for motor car production. The museum has examples of every bicycle and car, along with many automotive surprises. 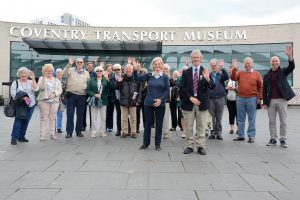 Coombe Abbey Hotel, conveniently located just a few miles to the east of the city centre, is a 12th-century building with 121 ‘bedchambers’, each one different in one way or another.

One the first evening of the fam trip, dinner was hosted by the Telegraph Hotel in the city centre. Opened in April this year, this contemporary 88-room hotel is in the building formerly known as Coventry Evening Telegraph printing works and offices. The ‘Generator’ rooftop garden recalls the days when the power plant for the printing presses was located there.

Brenda Copping, an AGTO GTO who organises group visits for Potters Bar U3A, says that the visit was both interesting and informative.

“I don’t need to go home and think about whether I should bring a group to Coventry. I’ve already decided to do just that in 2022.”

Ian Pearson, of Harry Shaw Group Travel, is pleased at how the trip went.

“We were delighted with the support given to the trip by AGTO GTO members. I’ve already had a number of GTOs wanting to discuss itineraries for a visit next year.”

A full report revealing more about what actually happened on the trip, including the search for an historic angel, and the surprising moment when the group were given hard hats and hi-viz jackets, twice, will appear in the summer issue of the AGTO Magazine due to be published online in early August.

Coventry’s year as UK City of Culture continues through to May 2022.

For now, for more information about taking a group to Coventry, contact Ian Pearson at Harry Shaw Group Travel at ian@harryshaw.co.uk

May half-term family activities Get ‘wheely’ creative! at London Transport Museum, 28 May to 5 June 2022

Families can: Follow and record clues around the Museum as part of a ‘My Visit…

The staycation market place is hotting up the UK this Spring, although travel restrictions are…

As travel planning is back on the agenda, Travel Editions are very excited to be…