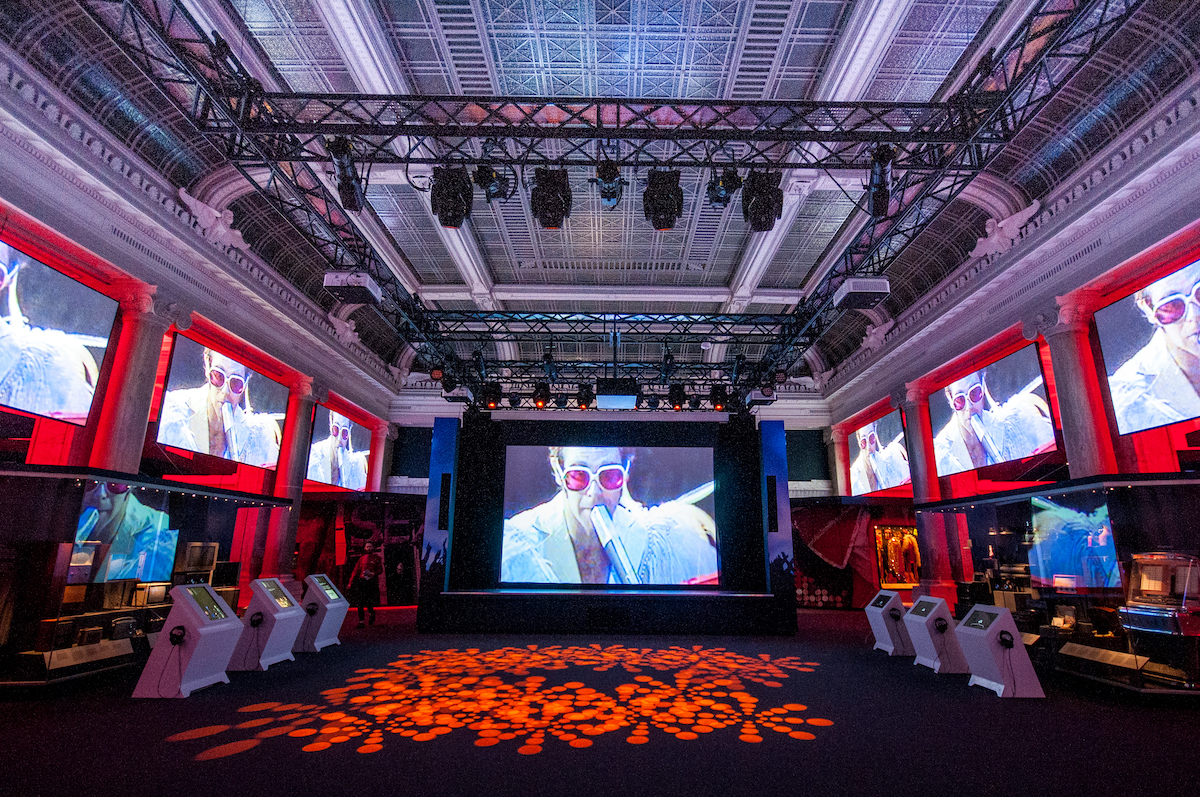 The British Music Experience (BME) is looking north for the inspiration behind its new exhibition.

The massive contribution to British Rock and Pop made by Scottish artists will be the focus of the Don’t You Forget About Me exhibition which launches on March 4 at the British Music Experience, Liverpool.

The BME has worked in collaboration with Scottish pop expert, Ronnie Gurr, to curate the collection which features iconic pieces from bands and artists who have helped shape the global music landscape over more than 60 years.

The collection includes the Burberry coat worn by Midge Ure in the classic Ultravox pop video for Vienna, as well as the Tom Ford leather `Elvis’ outfit designed for Texas lead singer Sharleen Spiteri and the Issey Miyake coat worn by Biffy Clyro’s Simon Neil. Instruments loaned for the exhibition include Cream legend Jack Bruce’s Aria bass guitar, and a Fender Stratocaster used by Big Country frontman and Skids guitarist Stuart Adamson, as well as an Ibanez acoustic guitar played by John McGeoch, once of Magazine and Siouxsie and the Banshees.

There are also many other fascinating artefacts with significant contributions from artists such as Runrig, Primal Scream, Fish, Clare Grogan, Eddi Reader and the Bay City Rollers which include other iconic outfits, awards and pop culture gems.

Harvey Goldsmith CBE and Chair of the Trustees of the British Music Experience said “We are delighted to be hosting Don’t You Forget About Me at the British Music Experience. It’s undeniable there have been monumental talents out of Scotland each year and the Museum is here to learn about and celebrate that talent, reminisce, and explore some of the unique bands and artists. The talent from Scotland is a vital part of the proud export of UK music which dominates the world.”

Head of UNESCO City of Liverpool, Kevin McManus, commented “It’s great that BME are showcasing the best of Scottish music through Don’t You Forget About Me. There is musical talent all over Scotland, but Liverpool has strong links with Glasgow in particular- another maritime city that has consistently proved itself to be a musical powerhouse over the last 50 years. Indeed, both Liverpool and Glasgow are proud holders of the UNESCO City of Music designation, further linking and making us even closer musical allies.”

The exhibition will be supported throughout its stay at the British Music Experience by a series of events including film screenings, performances, album playbacks and talks as well as some hard-to-find band merch and bespoke artwork celebrating Scottish talent.

Ronnie Gurr, who has worked with countless Scottish artists during his lengthy career in the music industry, commented, “I was honoured when the BME invited me to pull together a smaller but equally beautiful reboot of the exhibition I had previously curated for the National Museum of Scotland called Rip It Up: The Story of Scottish Pop and to re-acquire some of the key artefacts from artists who have played their part in Scotland’s brilliant musical history. I have previously been described by the Scottish media as “the Indiana Jones of Scottish music” and, as such, it was another labour of love, a glorious adventure and a renewed quest to track down the treasures that you’ll see in Don’t You Forget About Me – or, as it might be called…Caledonia and The Pool of Life.”

Don’t You Forget About Me runs at the British Music Experience in Liverpool’s Cunard Building until 25 September 2022. Entry is included in the price of admission.

All tickets purchased are valid for 12 months and each eligible visitor has the opportunity to support the Museum by Gift Aiding the cost of admission.

About the British Music Experience

The British Music Experience is the UK’s Museum of Popular Music – a place where visitors relive the moments that helped put British music on the map. Originally located at The O2 in London from 2009 until 2014, the BME opened in the heart of Liverpool in the iconic Cunard Building in 2017, and on 9 March 2022 will celebrate its fifth birthday at its Liverpool home. The BME has made its mark as the centre for everyone who wants to celebrate the fantastic history of British music.

Boasting an unrivalled collection of stage outfits, objects and instruments, the museum charts the beginnings, rise and influence of British pop from 1945 to the present day. In addition to an incredible collection of artefacts and memorabilia ­– which includes some of David Bowie’s Ziggy Stardust costumes, the iconic Beatles’ Saville Row Apple Corp Door and the original handwritten lyrics to ‘Blue Monday’ – the museum also covers the impact that British music had on the culture, fashion, art and politics of the time. It reminds us that British music has at times defined and celebrated what it means to be British, challenged the status quo and given voice to the dispossessed.

The Learning and Public Programmes, together with our temporary exhibitions further enrich the visitor experience through a range of events; from educational workshops for school children, to master classes and gigs hosted by industry experts.

Finally, there is a gift shop filled with the best of music heritage merch and a café, open to the general public, overlooking the Mersey.

The BME is a registered charity with a mission to advance the appreciation and understanding of the art, history and science of popular music in Britain. (Registered Charity 1125752).