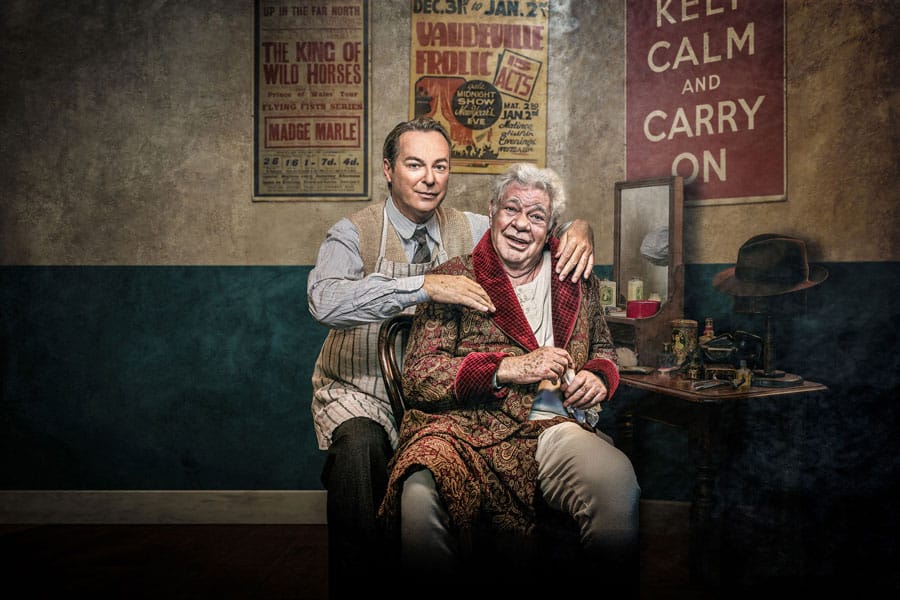 Heathers the musical is on tour and booking now. 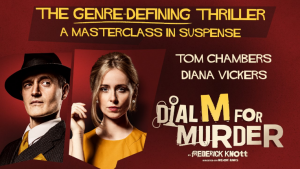 Dial M for Murder is to resume UK tour dates this autumn with The X Factor songstress – now renowned for her acting roles – Diana Vickers joining the production alongside Tom Chambers, Christopher Harper and Michael Salami as they resume their roles in the genre-defining thriller.

TV and stage favourite, Tom Chambers, (Top Hat, Strictly Come Dancing) stars as the charismatic and manipulative Tony Wendice, a jaded ex-tennis pro who has given it all up for his wife Margot, played by Diana Vickers. When he discovers she has been unfaithful his mind turns to revenge and the pursuit of the ‘perfect crime’.

A silent comedy about the greatest comedy duo that nearly was.

Told by An Idiot’s Production to tour: National Press Night at the Minack Open Air Theatre Cornwall on 2 August 2021.

Due to the actor playing Charlie Chaplin in the original production becoming pregnant, Charlie Chaplin will now be played by Danielle Bird, joining Jerone Marsh-Reid as Stan Laurel, Nick Haverson as Fred Karno and Sara Alexander playing all the other parts, including Chaplin’s mother, and the piano! They will be joined by Reggie, making his stage debut as Scraps the Dog. Reggie will not play Sundays – something to do with Elaine Paige – and, at those performances, the part of Scraps will be played by a puppet.

In 1910, the then unknown Charlie Chaplin and Stan Laurel set sail on board a tramp steamer from Liverpool to New York as part of Fred Karno’s famous music hall troupe. On the voyage, they shared a cabin, they shared comedy routines, they shared laughter, but, by the end of the journey, they hated each other… yet they would both go on to become two of the biggest stars of the age.

Inspired by real life events, Told by an Idiot’s acclaimed production of CHARLIE & STAN is the remarkable story of the greatest comedy double act that nearly was. With an original piano score played live at every performance, CHARLIE & STAN is a hilarious and deeply moving homage to two men who changed the world of comedy forever. 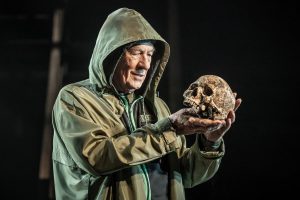 Ian McKellen, now aged 81, returns to a role he previously played fifty years ago, in a new production by Sean Mathias that is age, colour and gender-blind. The company also includes Steven Berkoff, Jenny Seagrove, Francesca Annis and Jonathan Hyde. The company will also perform The Cherry Orchard from September

Artistic director Daniel Evans directs Gina Beck as Nellie Forbush, Julian Ovenden as Emile de Becque in a new production of the Rodgers and Hammerstein classic, originally planned for last summer and now being staged this year. Owing to the news that Gina Beck is pregnant, she will now share the role of Nellie with Alex Young from August 5, who will then take over full-time from August 23 for the remainder of the run.

Philip Breen’s new production, which was due to be part of the RSC’s 2020 season but was postponed owing to the COVID pandemic, is now launched in a specially constructed outdoor performance space (shown above), located in the Swan Theatre Gardens, flanked by the river Avon. After Stratford, it will tour to indoor venues, with a London run at the Barbican now confirmed for November.

The Dresser
Written by Ronald Harwood
Directed by Terry Johnson 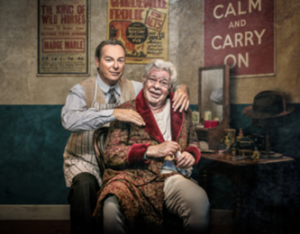 Inspired by memories of working as Donald Wolfit’s dresser as a young man, Ronald Harwood’s evocative, affectionate and hilarious portrait of backstage life is regarded as one of the most acclaimed dramas of modern theatre.

Get booking for your local theatre!

Categories
Archives
© AGTO 2021 | Website by CJAM Association Management
Back To Top
We use cookies on our website to give you the most relevant experience by remembering your preferences and repeat visits. By clicking “Accept All”, you consent to the use of ALL the cookies. However, you may visit "Cookie Settings" to provide a controlled consent.
Cookie SettingsAccept All
Manage consent