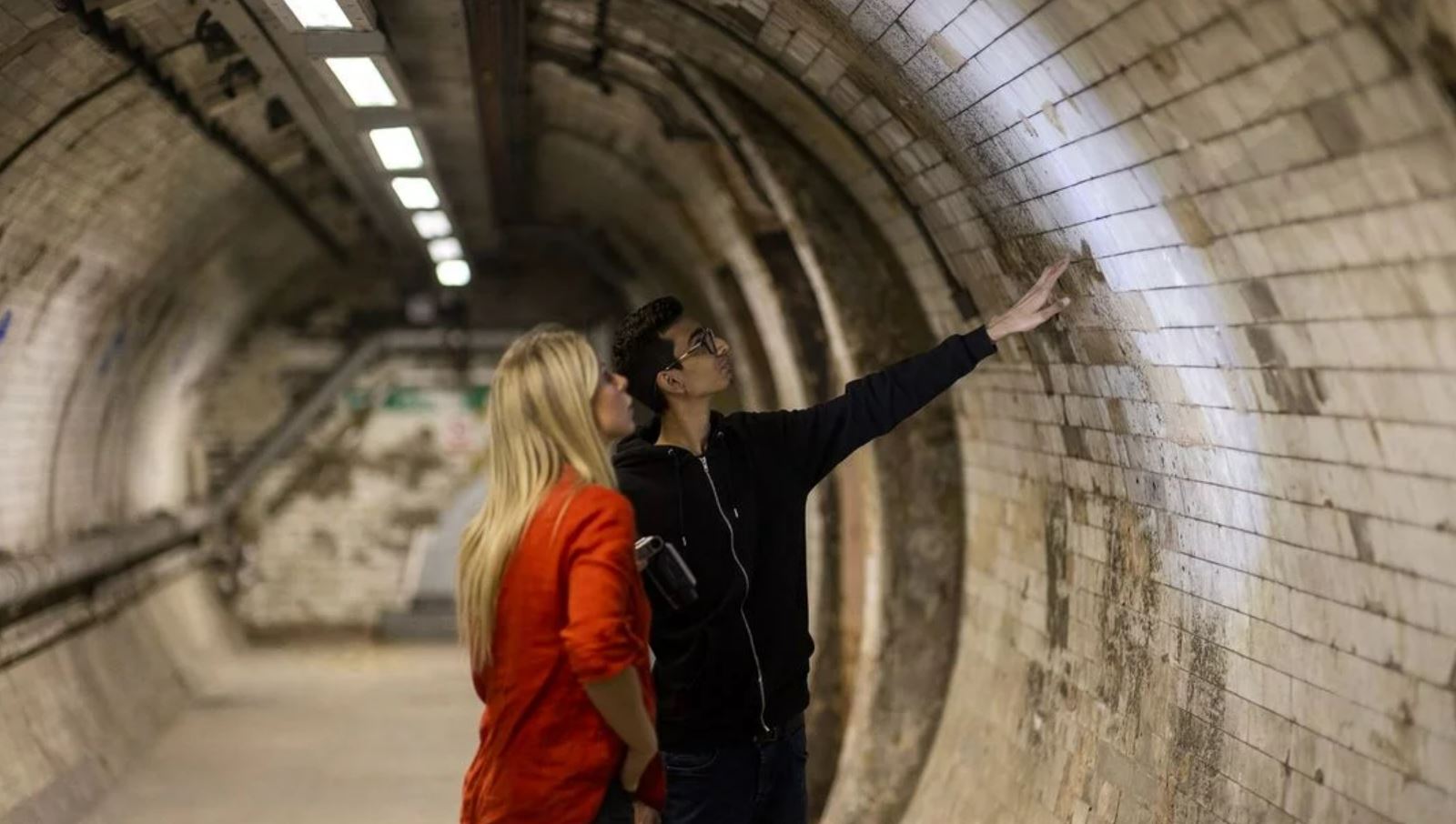 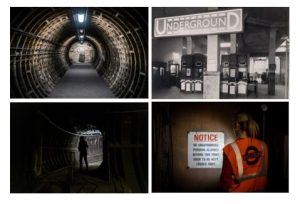 London Transport Museum is adding an exclusive new tour of Shepherd’s Bush Underground station to its popular Hidden London series, which take ticketholders to fascinating secret locations across the capital’s Underground network that are usually off limits to the public.

For the first time, ticketholders will be able to explore historic sections of the original Shepherd’s Bush station dating back to 1900 that lie concealed behind unassuming doorways and grilles of the modern day station.

Stepping through these secret gateways to the past, visitors will see examples of early Central line station design features – such as corridors and lift shafts lined with the station’s original white glass tiles. As they explore, guests will learn why Shepherd’s Bush was once west London’s most important transport hub and discover what the station’s early 20th century ticketing system had in common with today’s Oyster card.

The new tour will be the first Hidden London location on the Central line, with expert guides ready to impart fascinating stories about London’s third oldest deep-level railway and its evolution over the years to accommodate today’s Londoners.

In-person tours of the disused sections of Euston, Moorgate and Piccadilly Circus Underground stations will also go on sale, offering visitors the chance to go where few have ventured before and explore underground locations with unique stories to tell about London’s past.

The new tour season includes locations featured in UKTV’s popular TV Secrets of the London Underground series, as seen on the Yesterday channel and available to watch on UKTV Play. Fans of the show can follow in the footsteps of presenters Siddy Holloway and Tim Dunn to explore these special sites for themselves.

Led by expert guides with a wealth of fascinating facts and tales to share about these ‘forgotten’ parts of the London Underground, visitors will explore disused tunnels, platforms and lift shafts that lie concealed just a stone’s throw away from unknowing modern day commuters.

Tours for Shepherd’s Bush Underground station will run from 5-30 October 2022, with more tour dates to be announced later in the year. Tickets go on public sale Wednesday 3 August 2022 via ltmuseum.co.uk/hidden-london

Tickets will be available to London Transport Museum’s enewsletter subscribers ahead of general release, sign up via ltmuseum.co.uk for priority booking.

A new season of virtual Hidden London tours will also be available to book, with a vast array of experiences to pick from. Join from anywhere in the world via Zoom to get up close to out-of-bounds areas on the capital’s transport network that tell incredible tales about London’s past and present. From explorations of the highly restricted King William Street station – closing in 1900 to become the first ‘disused’ deep level Tube – to behind the scenes tours of some of London’s newest stations on the Elizabeth line.

Expert guides will share the history of these mysterious parts of London’s transport system through a gallery of contemporary photos, videos, never-before-seen footage as well as archival images from London Transport Museum’s collection. Access to many sites on the virtual tour roster is so restricted that in-person Hidden London tours will never be possible, making these virtual experiences particularly special.

For those who prefer their cultural experiences above ground, a new season of Hidden London walking tours of Covent Garden, Kingsway, Lincoln’s Inn Fields and Victoria Embankment will also be on sale. Explore these areas with expert guides who reveal fascinating little-known historical tales and titbits about the area and its transformation over the last 200 years.

Explore the many wonders of Moorgate station, one of London’s first Underground stations. See an original Greathead Shield left abandoned from a planned tunnel extension in 1904 – the only complete one of its kind on the Underground network. Explore a maze of disused tunnels and track left behind from station upgrades through the years, glimpse corridors lined with original glass tiles of the City and South London Railway – the world’s first deep-level underground railway – and discover how long-disused areas of the station have been ingeniously repurposed for a modern London.

Visitors to Piccadilly Circus will be able to experience hidden areas of the station that have been closed to the public since 1929, as well as uncover the history of this iconic Grade II listed building and the famous architects responsible for its creation. Located directly underneath the celebrated landmark, Piccadilly Circus station opened in 1906 but was extensively modernised between 1925 and 1928 to meet passenger demands. This station is an engineering marvel and boasts one of the finest examples of subterranean architecture on London Underground.

Join a Hidden London virtual tour from anywhere in the world via Zoom to get up close to out-of-bounds areas on the capital’s transport network.
Tickets: Adult £20, Concession £17.50. Visit ltmuseum.co.uk/hidden-london for individual tour dates and details.

For those who prefer to stay above ground, a Hidden London walking tour is just the ticket.

Hidden London exhibition at London Transport Museum extended to summer 2023
Explore the award-winning Hidden London exhibition in London Transport Museum’s Global Gallery. Bringing together the largest number of rare archive photos, objects, vintage posters, secret diagrams and decorative tiles from disused stations in one location for the first time, the exhibition reveals the mysteries of the capital’s ‘abandoned’ Underground stations. Delve into the secret wartime histories of Down Street and Clapham South and discover the creative ways forgotten subterranean spaces are being adapted for today’s world. By popular demand the exhibition has been extended until the summer of 2023.
Adult tickets to London Transport Museum cost £21 and offer free return daytime entry for a whole year – and kids go free! Concessions are available, including £1 tickets for visitors in receipt of Universal Credit and Pension Credit. To book tickets in advance visit www.ltmuseum.co.uk