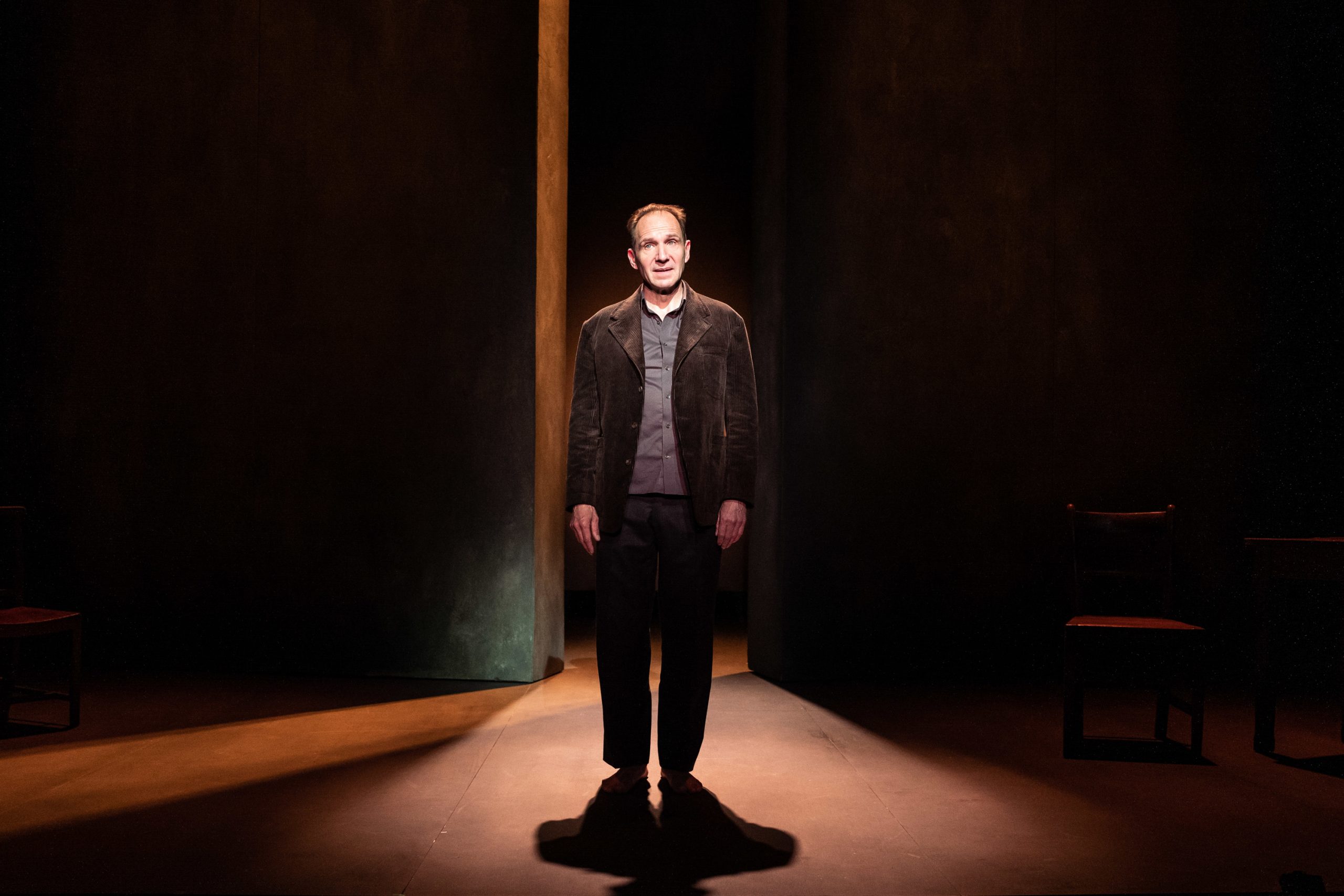 You might think you have seen or heard this before, but it all sounds new in Fiennes’ performance. As the poems, written between 1935 and 1941, explore time, belief, love, life and death, we listen and learn. In addition, the Four Quartets deals with places – Burnt Norton, a house in Gloucestershire; East Coker, a village in Somerset: The Dry Salvages, off the coast of Massachusetts; Little Gidding, in Cambridgeshire, a religious community where Charles 1 took refuge in May 1646, after his defeat at the battle of Naseby.

The poems are performed simply in a set comprising one chair next to a desk and one free standing.  The set itself has two huge blocks, which Fiennes turns from time to time.  They also move mechanically. Spinning around very slowly, they end up each time looking not very different.  There is good sound design with crashing waves and evocative lighting which changes with the images of the poems.

Only 80 minutes, the performance, directed by Fiennes, is pure joy and highly recommended.

THE CHOIR OF MAN 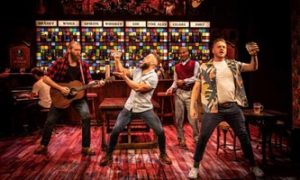 From one man to nine who bounce around the stage in a very lively manner in THE CHOIR OF MAN.

On stage is an authentic pub setting with real beer which is given FREE to members of the audience at the start of the show and offered to others during the production.  So, before the musical even starts, lots of the audience are happily swigging their full pints and are more than happy to enjoy what is on show

And what is on show are the nine men – Tom Brandon, Miles Anthony Daley, Daniel Harnett, Alistair Higgins, Freddie Huddleston, Richard Lock, Ben Norris, Tyler Orphe-Baker, Mark Loveday, with names such as The Beast, The Romantic, The Joker.  The nine, who sing chorally and individually, dance and tell stories, are backed by four musicians.

Some good songs that are well-performed but a few of the little dialogues between songs are somewhat bland.

Director, Nic Doodson stages most of the show well with a particularly expert tap dance.  But the song set in a urinal where we see some of the men peeing is not to my taste!   For those who enjoy pubs and drinking, this is just the show for you.  But for some of us it might be just a little too macho for our liking!