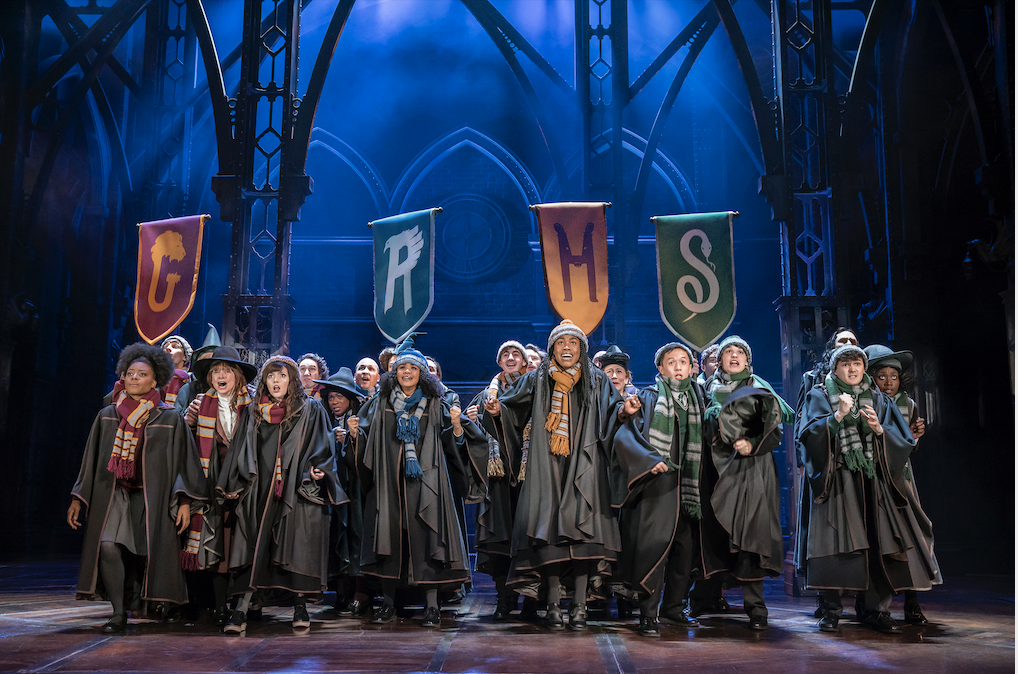 Today (6 July 2021) the producers of Harry Potter and the Cursed Child, Sonia Friedman Productions, Colin Callender and Harry Potter Theatrical Productions are delighted to confirm that the original two-part multi award-winning production will resume performances at the Palace Theatre in London on 14 October 2021.  After over a year and a half of shutdown due to the pandemic, rehearsals for the West End production will begin this August.

The West End production of Harry Potter and the Cursed Child is delighted to be partnering with the travel and tourism trade to make tickets more accessible than ever before. Exclusively for the travel trade, tickets are available for performances at the Palace Theatre until 23 October 2022.

Tickets will go on sale on Monday 12 July. Tickets for both Parts must be purchased at the same time.

Jamie Ballard, who is returning to the title role of Harry Potter, said on behalf of the entire Company: “We are all so excited to be coming back to the magical world of Harry Potter and the Cursed Child and have utterly missed being at the beautiful Palace Theatre as a family doing what we love. There is nothing quite as special as being able to share that unique experience with our wonderful audiences. It will be an absolute joy for us to perform for them once again and to welcome them back to our very own Hogwarts!”

Producers Sonia Friedman and Colin Callender said: “Re-opening Harry Potter and the Cursed Child Parts One and Two in the West End and being part of the return of British Theatre makes us both happy and proud. To be back at the original home of Harry Potter and the Cursed Child – the mothership – with our incredibly talented and committed company and welcoming back our audiences after such a devastating and prolonged closure will be emotional and thrilling for all of us.

The world premiere of Harry Potter and the Cursed Child in 2016 at London’s Palace Theatre was such an extraordinary, historic moment in British theatre and it was just the beginning of the most incredible and unexpected journey for our show.  It’s an exceptional local and global success story and we are so grateful to everyone who has come along for the ride, particularly those who will see us re-open in October.

We would like to thank all of our audience members and ticket holders for their unwavering loyalty, passion and love they have poured into our show. This has helped keep our spirits burning alight for British theatre these past months. We are incredibly excited to bring the original record-breaking production back to London. We are particularly looking forward to working more closely with the travel and tourism trade and associations such as UKInbound in a closer capacity than ever before. As we all look to recover from the effects of the pandemic together, engaging with Britain’s vibrant tourism community will make this chapter just as exciting as when we first opened,

19 years after Harry, Ron, and Hermione saved the wizarding world, they’re back on a most extraordinary new adventure – this time, joined by a brave new generation that has only just arrived at the legendary Hogwarts School of Witchcraft and Wizardry. Prepare for spectacular spells, a mind-blowing race through time, and an epic battle to stop mysterious forces, all while the future hangs in the balance.

Joining Jamie Ballard as Harry Potter are Susie Trayling as Ginny Potter and Dominic Short who plays their son Albus Potter. Thomas Aldridge returns as Ron Weasley with Michelle Gayle as Hermione Granger and Phoenix Edwards as their daughter Rose Granger-Weasley.  Also returning to play Draco Malfoy is James Howard with Luke Sumner as his son Scorpius Malfoy.  Further casting will be announced at a later date.

The original production of Harry Potter and the Cursed Child, one play presented in two parts, is the eighth story in the Harry Potter series and the first official Harry Potter story to be presented on stage.  The critically acclaimed production received its world premiere in July 2016 at the Palace Theatre in London.  The most awarded new play in theatre history, Harry Potter and the Cursed Child has won 24 major theatre awards in the UK and is the most awarded play in the history of the Olivier Awards, winning a record-breaking nine awards including Best New Play.  The production has also won 25 major US awards with six Tony Awards including Best Play.

The regular performance schedule is now as follows – Monday, Tuesday and Thursday – no performance;

In addition to the return of the original London production, Harry Potter and the Cursed Child is currently playing at the Princess Theatre Melbourne.   Performances plan to resume in November 2021 at the Lyric Theater, New York followed by productions at the Curran Theater, San Francisco in January 2022, the Mehr! Theatre, Hamburg in December 2021, the Ed Mirvish Theatre, Toronto in the summer of 2022 and the TBS Akasaka ACT Theater in Tokyo in the summer of 2022. The New York, San Francisco and Toronto productions will be returning in a newly staged, one show experience.

Details of all productions of Harry Potter and the Cursed Child can be found at HarryPotteronstage.com

AGTO are delighted to share the following information on behalf of our Associate Member, Ambassador…